Moissanite is a monocrystal of silicon carbide, the chemical formula is SiC. Moissanite was first found by French chemist Henri Moissan in a meteor crater in Arizona in 1893. At the beginning, this crystal was mistaken for a diamond, but as a result of extensive research it was concluded that it is an independent mineral, which was named after the discoverer.

What is interesting about moissanite? First of all, its properties are very close to those of diamond. 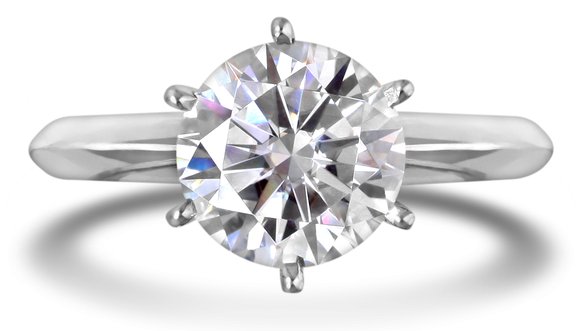 Hardness. In terms of hardness, moissanite ranks second after diamond with a value on the Mohs scale of 9.5. This value is higher than that of sapphire or ruby. Therefore, it is impossible to scratch it with anything other than a diamond.

Refractive index. It is the high refractive index of 2.42 that gives the diamond its unique appearance. When properly cut, a diamond is able to refract and return back all the light that has entered it from above. This is the reason for its "brightness", "depth" and "brilliance" (alternation of the facet pattern). As a comparison, you can look at cubic zirconia, which with a refractive index of 2.18 already at a small viewing angle to the site looks like glass, letting light through. Moissanite even surpasses a diamond with a value of 2.65 in this indicator.

Dispersion. This indicator means the ability of the material to decompose the white light passing through it into spectral components. It is thanks to the high dispersion of 0.044 that the diamond plays with all the colors of the rainbow, which favorably distinguishes it from leucosapphire and other colorless stones. The dispersion of moissanite is 0.104, which allows the moissanite to play even more strongly with color flashes. 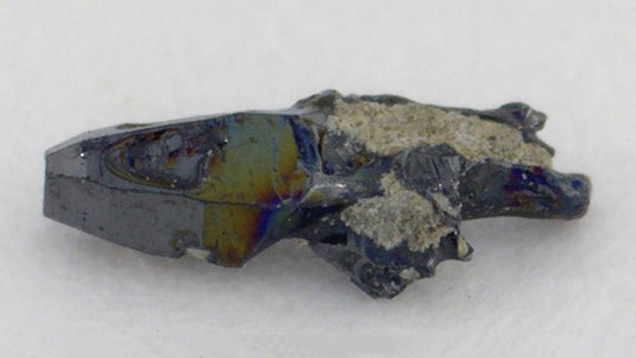 Since natural moissanite is found only in the form of the smallest particles, the largest of which resembles a stick 4.1 mm long, all moissanite used in jewelry is artificially grown. For the first time, the American company Charles & Colvard came up with the idea of ​​using moissanite in jewelry. With a specially designed cut, Charles & Colvard Moissanites surpass even the perfect diamond in play of light!

Not all moissanites are the same! Most cheap moissanites have a specific crystal lattice structure called the 6H-SiC polytype. they are the easiest to manufacture. Such stones exhibit strong yellow fluorescence in daylight, as a result of which the stone looks yellowish and cloudy. The moissanites used in Brilliant Designs products have the 4H-SiC polytype, so they are free from yellow fluorescence and remain luxuriously white in all conditions. In addition, the special cut of our moissanites makes them indistinguishable from a perfect diamond in terms of design and play of light.

Welcome to the Brilliant Designs catalog and choose high-quality silver jewelry with moissanite in the most current designs!